Do you know the history of slot machines?

Walk into a casino and you’ll be amazed at the several lines of slot machines that are frequently fed by ardent gamers.

Slots have successfully entered almost every takeaway, pubs, and taxi offices from all over the world, tempting us with beautiful flashing lights and promising huge payouts. 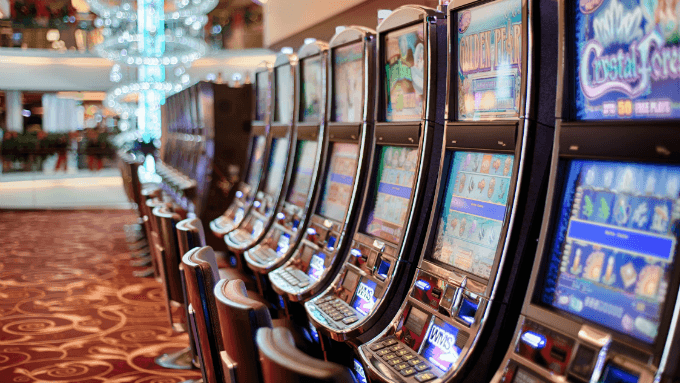 But what is the history of slots, from where do they come from, and how did they take the online space?

Pitt and Sittman created the first slot machine in 1891. The slot machine comes with five rotating drums, and the playing cards were complicated.

The slot machine picks the winner based on who made the best poker hands with the five playing cards.

Slot machine games were top-rated because the game was the first of its kind.

Charles Fey invented the slot machines used in today’s casinos in 1895. Charles understands the value of simplicity.  He reduced the slot machines to only three drums with five symbols, which reduces the possible combinations and makes it easy for automatic payouts.

Charles was the one who created the bell symbol (formally called Liberty bell).

Over the decades, Herbert Mills grew the popularity of slot machines, when he started selling them from across barbers to bars to brothels, from all over the United States.

To bypass the gaming laws in some states, many machines paid out their prizes as fruit-flavoured chewing gums.

The design of slot/fruit machines as they grew in popularity did not change until the 1960s. That was when Bally Manufacturing introduced the first complete electronic gaming machine known as the Money Honey. This machine packs many features that most people now take for granted.

Additionally, the new slot machine was also the first to use a start button instead of the traditional mechanical level pull.

The year 1976 was the appearance of the first video slot machines, and then the second screen games in 1996. However, with this improvement in technology, many customers still stuck to the physical excitement of using the traditional machine.

Today, you can play different types of slot machine online from anywhere without going to casinos to pull a lever. The slot machine games you can play online varies from traditional games using the melon, cherry, and bell, to the most recent themed games.

Since slot machines have switched to online media, traditional casinos are still looking for ways to keep their reels spinning. No matter the future of slot machines, one thing is sure: players will always enjoy them and dream of that huge jackpot.

The Future Of Slot Online Gaming And Casino Games